the shame of video game diegesis


I think my favorite game this year is Slipstream.

That's probably a whack thing to say, considering this year had Celeste, Minit, Deltarune Chapter 1, more Hollow Knight, and more Enter the Gungeon, as well as some like. AAA games. Heard there were cowboys. It seems like a given that I'd pick something from that list. Celeste is a great game, flat out, and I'm very, very into the idea of exploring iconography from Undertale from a new lens. Hell, I could say a lot of the same things I'm about to say about Minit. But I can't say all of them. And the things I do say would have a different context.

I liked this game so much that I dipped my toes into the infinite ocean of speedrunning for it. The Grand Prix, formerly known as Arcade Mode, isn't necessarily the most competitive speedrun category but it sure is mine. I run this town. Well, almost run this town. I'm only #2 on the actual in-game leaderboards. But whatever! Whatever. This is my town.


As of writing, I still hold this record.

But it registers as a weird pick, because it's not the kind of game you'd expect to be on PC. It's the kind of game you'd see in a Walmart, in that area sectioned off for kids to run to when their parents are checking out, that are in those big driver's seat machines, and are always just a bit more expensive than the 2 quarters you're given. (sometimes 4, if you've been good)

I never played Outrun, or any of its kind, because of that. Racing games have always kind of been outside of my sphere of genres, because before I could buy my own games, the one I played was Pole Position, in the Namco Museum cart for GBA. I was too young to get it back then, and why play that when Dig Dug and Galaga were right there? And when I could finally buy my own games, the ones people liked were triple-A, and my computer struggles to keep the pace with decade-old games, let alone recent ones.

The content of Slipstream is almost pure pabulum when it comes to discussing it. You have a car, there are other cars, your goal is to go fast and not hit too many of the other cars. And that's all that matters! There's 5 unique cars with a few recolored skins, 30 unique tracks, and a handful of characters you can race against at random in Grand Prix mode. A recent patch even added a battle royale mode, where you race against all of them. There's one who's just named Tofu Boy, that you can street race in Akihabara. Beating him there earns you the achievement "Deja Vu".

But it's weird talking about the wrappings for this game. Because it's not any of the wrappings that made it fun. There's no emotional arc for Tofu Boy. It's very transparently about the gameplay itself. Pushing the most out of those systems is what I liked about it. Getting my speed down to under 5 minutes for an arcade run is one of the things I never thought I would enjoy about a game.

It's a sublime experience.

Now, "you played a good racing game, why is it your favorite game this year". That one's a bit tougher to explain.

I picked Slipstream for this because of a moment I had while playing Hollow Knight earlier this year. Hollow Knight spends a lot of time making its mechanics diegetic. You buy a map from a bug who is making the map, in real time. As you explore, he explores, always one step ahead of you. His name is Cornifer! 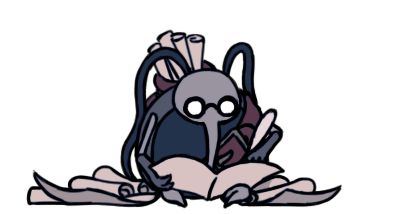 I hate that Cornifer exists.

I love his design - he's a lovely character. But him existing is almost entirely a symptom of what feels almost like shame. A shame for its systems and mechanics being so visible, as if the mechanics that its systems are made of should be hidden, patched over by lore and characters and fiction. A diegetic explanation for a system that does not have to be diegetic. A pretense that in order for a video game to be respected, it must not be mired in childish notions of "mechanics" and "systems", but fully interested in verisimilitude of an experience.

You cannot "fast travel", you find a stagway station, pay to activate the bell, and then you ring the bell and a stag beetle will come for you, to carry you between locations. And the stag beetle exists within the world. And it's lovely, don't get me wrong. I love the world of Hollow Knight, I love the story, it's aesthetically wonderful, dreary and miserable in that Dark Souls-y way without being unpalatable in that Dark Souls-y way.

But the gameplay is the weakest point, and it's because it seems to rush to reject its "gaminess" at every available moment, to the point where it bringing out platforming tropes feels almost like a concession. There's a sequence in the Queen's Station area of damaging spikes that you have to platform around, and completing it nets you a reward. And it feels out of place - it's done so much to not be what it is that it feels like the mask slips, just a bit.

And this is perfectly contrasted by Slipstream. I liked Slipstream the most this year because it is the most honest about what it is, there's no artifice about it. It is a video game. No concessions made to suspension of disbelief, no out of place narrative, no fluff. It's direct, the most true to its construction. There are rules, systems, and a way of framing those rules and systems that makes no pretense of being realistic, only consistent.

And it rules, because it is so straightforward. It doesn't make pretenses about what it is. It is an arcade racer, published for PC in 2018, sold for $10.

And that kind of honesty in construction is something I think that games are lacking right now.

So that's why Slipstream rules.